Universal access to the Internet, also among the youngest, is associated not only with numerous benefits, but also a number of dangers. These include the risk of inadequate protection of privacy, contact of children with adult content, cyber bullying and hate speech. According to research, over 80% of children between the age from 6 to 12 use the Internet, spending approximately 15 hours per week on the Internet. In the “Surfing Safely” study, more than half of the students surveyed claim that they are online all the time, and 75% of students report their personal data on social networks. At the same time, as many as 74% of mentors declare that they are afraid of threats that are lurking for their charges in the virtual world. These data clearly indicate that there is a need to increase public knowledge about responsible and safe use of the Internet, especially among children and adolescents.

The program “Surfing Safely” is one of the few programs that approach this problem of cybersecurity of children and youth so widely. Activities were carried out in the 20 of Płock schools. There were lessons for students in the form of interactive workshops, meetings for parents and two editions of the city game. 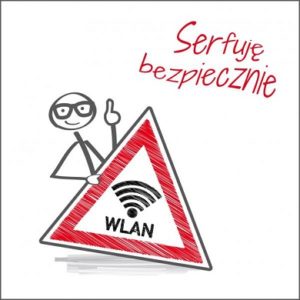 The largest portion of information on network security.